We would like to announce the appointment of Andrea Grogg to the position of Division Chief of EMS.

Andrea began her career in EMS after working in the healthcare industry for 8 years. Several years after completing her Bachelor of Arts Degree in English from Indiana University – Bloomington, Andrea began to learn about the EMS world and quickly became fascinated, deciding to pursue her new-found passion.

Andrea received her EMT certification from the Methodist Hospital EMS Education Program in 2007. She worked briefly for a private transport service as an EMT before she was accepted in to the Methodist Hospital Paramedic Program. Andrea was hired by a local fire department, as she finished paramedic school in 2009, and would spend three years there before transitioning to the Wayne Township Fire Department where she worked as a nationally registered paramedic, primarily on Medic 82.

In 2016, Andrea joined IU Health as the EMS liaison for Methodist Hospital. In this role, she worked with many of the EMS and fire departments in District 5 and throughout the state, as well as business unit leaders and other teams within the IU Health system. As the EMS liaison, she was the main point of contact for any EMS related questions, concerns, and feedback.

Andrea is excited to be rejoining the Wayne Township Fire Department where she will assume the position of Division Chief of EMS. Andrea is a life-long Hoosier and has lived in Indianapolis for the last 10 years. In her free time, Andrea loves cooking and baking, trying out new recipes, and spending time with her family and two dogs.

Wed Aug 11 , 2021
Wayne Township Fire Department has opened the EMS Hiring Process until September 3rd at 1500 hours for full and part time Paramedics and EMTs. Please go to the EMS Hiring Page in the menu bar to begin the application process. 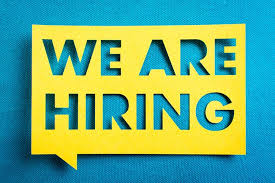